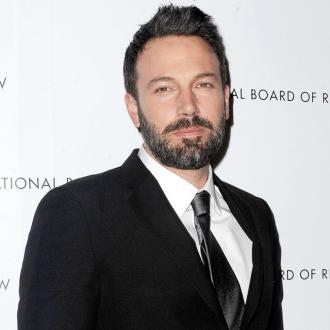 Ben Affleck scored the top honour at the Producers Guild of America Awards on Saturday night (26.01.13).

The 40-year-old actor and director of 'Argo' and his co-producers George Clooney and Grant Heslov won Outstanding Producer of Theatrical Motion Picture for the movie at the star-studded ceremony at the Beverly Hilton Hotel.

Ben, who missed out on an Oscar nomination but won two Golden Globes earlier this month, took a moment to remind his peers during his acceptance speech that he hasn't given up his career in front of the camera despite his success with 'Argo', which is based on the true story about a CIA operative who helped to rescue six American embassy employees during the 1979 Iranian hostage crisis.

He said: ''I am surprised and I am not even in the PGA. I would be remiss to say that I am still acting.''

Grant used the opportunity to make fun of Ben and George, who was not present, for previously winning awards for their good looks, saying: ''The hardest thing about this movie is working with two producers who are the Sexiest Men Alive. That puts pressure on me.''

The PGA Awards are considered one of the leading indicators for what movie will win Best Picture at the Academy Awards, which are taking place on February 24.

J.J. Abrams, who was announced as the director of the new 'Star Wars' film earlier this week, received a lifetime achievement award, presented by Jennifer Garner.

The Award for Outstanding Producer of Animated Theatrical Motion Pictures

The Award for Outstanding Producer of Documentary Theatrical Motion Pictures

The Award for Outstanding Producer of Non-Fiction Television:

The Award for Outstanding Producer of Competition Television

The Award for Outstanding Producer of Live Entertainment & Talk Television

The Award for Outstanding Sports Program

The Award for Outstanding Children's Program

The Award for Outstanding Digital Series