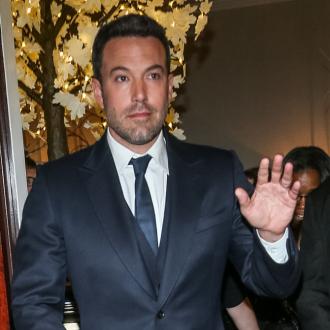 The 28-year-old childminder - who's been romantically linked to the Oscar-winning star following the breakdown of his marriage to actress Jennifer Garner - is keen to establish herself as a reality TV personality and make the most of her new-found fame.

A source told the New York Post newspaper: ''The word in LA is that Christine is looking for an agent and wants a TV deal, on something like 'The Bachelorette' or 'Dancing With the Stars'.

''She knows she most likely can't go back to nannying - who in LA would hire her now to take care of their kids? So she's going to use the spotlight to build a showbiz career.''

What's more, the source admitted Christine - who was the nanny of the Hollywood couple's three children, Violet, nine, Seraphina, six, and Samuel, three - could try to do a TV or magazine tell-all on the actor, whose private life has been the source of much speculation in recent weeks.

Meanwhile, it was reported recently that Ben, 43, and Jennifer seemed like ''strangers'' on his birthday, which they spent with their children at the Wizarding World of Harry Potter attraction in Orlando, Florida.

An eyewitness said: ''They didn't even look at each other. They were talking to the kids, but they didn't talk or even look in each other's direction. They seemed like strangers - awkward strangers.''