Ben Affleck has described his Golden Globe win for Best Director as an 'incredible moment' and revealed he's okay with being snubbed at the Oscars. 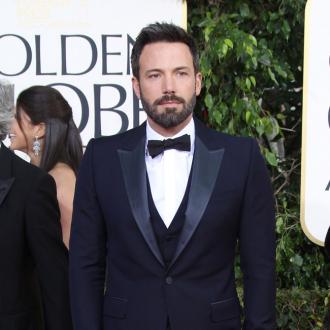 Ben Affleck doesn't know how he ''got away'' with winning a Golden Globe Award.

The actor's successful transition behind the screen was cemented last night (13.01.13) when he picked up the Best Director award for 'Argo', at last night's ceremony in Los Angeles, and he is elated to have bested veteran directors, including Kathryn Bigelow and Steven Spielberg to take the prize.

Speaking to 'Access Hollywood' after his victory, he said: ''I'm thrilled about my Globe win. This is an incredible moment in my professional life and is really significant.

The 40-year-old director addressed his nomination snub in the same category at the Academy Awards next month, revealing that although he was disappointed, he is opting to look on the bright side.

He said: ''I have a lot of respect for the Academy. Naturally I was a little disappointed, but I don't want to overlook the fact that 'Argo' got seven nominations, including Best Picture.''

Ben dedicated his victory to his wife Jennifer Garner - with whom he has three children, Violet, seven, Seraphina, four, and Samuel, 10 months - at last night's ceremony, citing her as ''the reason why I'm standing here''.

He added: ''I adore you. I love you so much. Thanks for sitting through this. You are my everything. Thank you.''

The actor-director's best friend Matt Damon was among the first stars to offer congratulations on his win.

Ben revealed: ''Damon has texted me a couple of times... he was just saying congratulations, that kind of thing.''