Ben Affleck's 'Argo' Premieres; But It's His Wife Who Steals The Plaudits 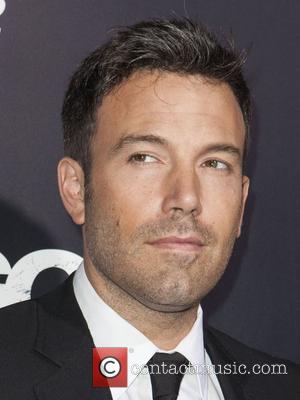 Ben Affleck's Argo premiered at the AMPAS Samuel Goldwyn Theater in Beverly Hills yesterday evening (October 4th), but even though it was her husband's film, it was Jennifer Garner who was taking all the plaudits after looking stunning when walking down the red carpet. The Daily Mail reports that the 40 year-old mother of three isn't seen as glammed up as she used to be now she's busy looking after her kids, however last night proved that Garner still has the star power when she wishes to use it.

Garner was sporting a strappy bright red Monique Lhuillier dress with a Bulgari bag and jewellery, adding to her look with subtle make-up and wearing her glossy brown hair over one shoulder. She was naturally out to support her husband Affleck, who looks like he might have a real cracker of a film on its hands given the warm reception it's received over film festival season. As well as directing, Affleck also stars in the film; it's based on the true story of a CIA 'exfiltration' specialist who plans to free six U.S diplomats from Tehran who have found shelter at the home of the Canadian ambassador during the 1979 Iranian revolution. Co-starring are Bryan Cranston, John Goodman, Alan Arkin and Victor Garber, with George Clooney as one of the film's producers.