The pair will go trick-or-treating with the kids this month.

There's certainly no bad blood between Ben Affleck and Jennifer Garner since they decided to call time on their 10 year long marriage last year. The actor gushed about his ex's parenting skills on the red carpet during the premiere for his latest film 'The Accountant' earlier this week in Los Angeles. 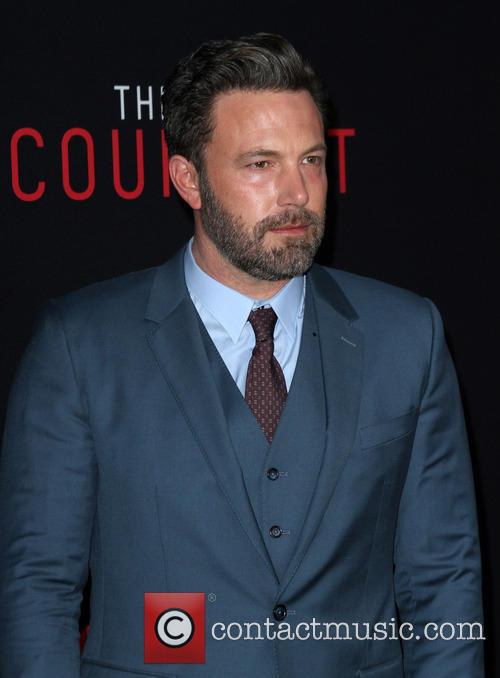 On Monday (October 10th 2016), Affleck told Extra that Garner was 'a great mom' as he discussed his Halloween plans for the kids later this month. The pair have been separated for 15 months, but they continue to live and parent their children together, occasionally going on trips out and having dinner as a family.

'We try our best. Jen's great', he said in an interview. 'She's out stumping for Hillary Clinton today. She's in Reno. Doing what she believes in. Which is great. I think it's awesome. And I'm so impressed by it - her and everything she does. She's a great mom and that's how it is.'

He also opened up about what's in store for the end of the month, revealing, 'We both take them trick-or-treating'.

'They're still working on it, they haven't decided on a costume yet, there's a lot of possibilities', he said. 'I'm not going to dress up this year. I'm going to go as dad.'

This style of co-parenting may seem bizarre to some, but for Affleck and Garner it was a decision made to give their children - 10-year-old Violet Anne, 7-year-old Sera Rose Elizabeth and 4-year-old Sam - the best possible upbringing, despite whatever differences their parents have had.

Garner even took the kids to Europe while Affleck was filming 'Justice League' there. 'I felt like, 'Well the kids should have that experience,' and he and I are great friends and we just, we just all went en masse', she said on the 'Today' show.