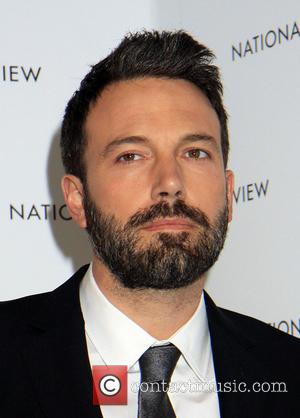 He was the bookies favorite coming in to today, but Argo's Ben Affleck didn't even make the shortlist for the Best Director category as the Oscars nomination were revealed.

Just yesterday the Mirror had reported that it was to be a two horse race between Affleck and Zero Dark Thirty director Kathryn Bigelow this year to take the much-coveted award. In the event though neither of them managed to make the final cut, the Academy panel of judges looking over them both in order to give a chance to the lesser favored Benh Zeitlin and Michael Hanneke for Beasts Of The Southern Wild and Amour respectively. Those two join the much more fancied Steven Spielberg, David O Russell and Ang Lee, the trio nominated for Lincoln, Silver Linings Playbook and The Life Of Pi respectively.

It will be a bittersweet moment for both Affleck and Bigelow; although they were out of favor in their own category, they can at least look forward to a chance to gain the biggest prize, after both Argo and Zero Dark Thirty were listed among the nine films shortlisted for the Best PIcture category; there they will do battle with all the director's films who ousted them in the director category, as well as Les Miserables and Django Unchained. Good, but Affleck in particular might be thinking that he should've been up for so much more.