Ben Affleck: Jen is out of my league

Ben Affleck admits wife Jennifer Garner is out of his league and thinks that's one of the reasons behind their successful marriage. 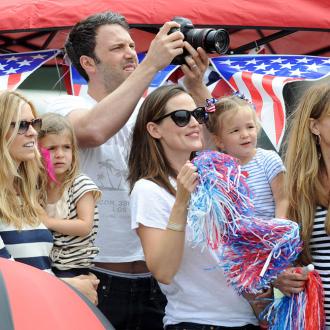 Ben Affleck thinks he has married above him.

The 'Argo' star still can't believe he has beautiful wife Jennifer Garner on his arm and says the secret to a successful marriage is choosing someone who is out of your league.

The actor-and-director admits his wife is ''cool'' with his hectic schedule and says he appreciates how she stays up late waiting for him to come to bed so they can brainstorm ideas about whatever new film he's working on.

He explained: ''My wife is very cool. She knows that directing is consuming in that way. She's just happy I come home. Usually, I come home after the kids are in bed anyway. We like to chat for a little bit and l'll talk about the movie and what I'm doing, what I'm thinking or whatever. She's a good sounding board.''

The Hollywood couple - who have children Violet, seven, Seraphina, three, and nine-month-old Samuel together - have had to adjust their lifestyles to cater for their expanding family, and Ben admits Jennifer has sacrificed her love of travel for the sake of their kids.

He said: ''My wife would just love to travel, but having three children in a row has meant that I travel more than she does. She wants to travel so much.''