Ben Affleck is ''devastated'' following his split from Jennifer Garner and battled to try to save their 10 year marriage. 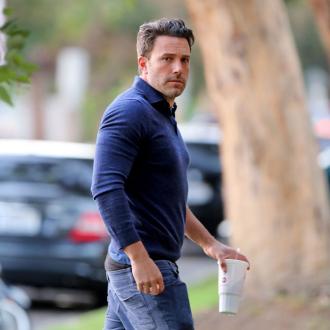 Ben Affleck is ''devastated'' following his split from Jennifer Garner.

The 42-year-old actor, who announced he is divorcing the actress after 10 years of marriage in a joint statement on Tuesday (30.06.15), reportedly ''battled'' to try to save their relationship for the sake of their three children, Violet, nine, Seraphina, six, and Samuel, three.

A source close to the 'Gone Girl' star said: ''He's devastated. Nobody intends to go down this path. They both battled, and he really battled to try and save the marriage but ultimately it was the best thing for the kids and for him and Jen.

''These are two people who really tried to save their marriage and worked really hard at it. Ultimately they had grown apart and they did what was best for their kids.''

The Oscar winner, who has been staying in hotels for the past few months, is now building a separate bachelor pad on the grounds of their Pacific Palisades home in California so he can continue to be a hands-on father, and the duo have hired a mediator to help them divide their vast fortune.

The insider told PEOPLE magazine: ''These are things that they have consciously done because they want to make sure that this is as easy as they can make it on the kids.''

Ben's passion for gambling was allegedly a major issue between him and Jennifer, 43, but another source claims the 'Dallas Buyers Club' actress was more upset about his hectic work schedule, which prevented him for being a ''present husband.''

The insider told gossip website TMZ.com she felt ignored and neglected, and they argued frequently over the amount of film projects he was taking on.