Ben Affleck's mother made him walk an imaginary dog ''for weeks'' when he was a child to prove he was responsible enough to have a real pooch. 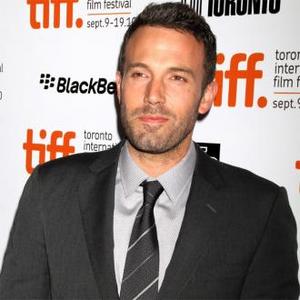 Ben Affleck had to walk an imaginary dog as a child.

When the 39-year-old actor was a young boy he was desperate to have his own pet pooch, but his mother Chris wasn't convinced he would care for for an animal and so she made him take out a fictitious canine to prove he would be responsible for the dog.

Speaking about Ben and his actor brother Casey, 36, teacher Chris is quoted by the New York Post newspaper as saying: ''My conservative parenting style wasn't always easy on them. Ben wanted a dog. I made him walk an imaginary dog for weeks to prove he could take care of it.''

Although Chris admits she was strict with Ben and his sibling, the 'State of Play' star has nothing but praise for his mother and respect for the way she raised him, especially after she divorced his father Timothy.

He said: ''My sweet kind mother brought out my female side - empathy, consideration, manners, humility, lack of pretension.''

Ben - who is married to Jennifer Garner, with whom he has three children, Violet, six, Seraphina, three, and two-month-old Samuel - and Casey had numerous pets as children, including cats, snakes, guinea pigs and turtles.