Us Weekly reported that Affleck had struck up the relationship while still trying to resolve his difficulties with his now-ex-wife Jennifer Garner earlier this year.

Ben Affleck has denied the sensational report that he is a new relationship with his children’s ex-nanny, and that he started doing so during a 10-month trial separation period from his now ex-wife Jennifer Garner.

Us Weekly reported on Wednesday (July 29th) that multiple sources close to the family had told them that 42 year old Affleck had begun dating 28 year old Christine Ouzounian, a Californian woman he had hired from a Beverly Hills babysitting agency to be a nanny for his three children this spring. 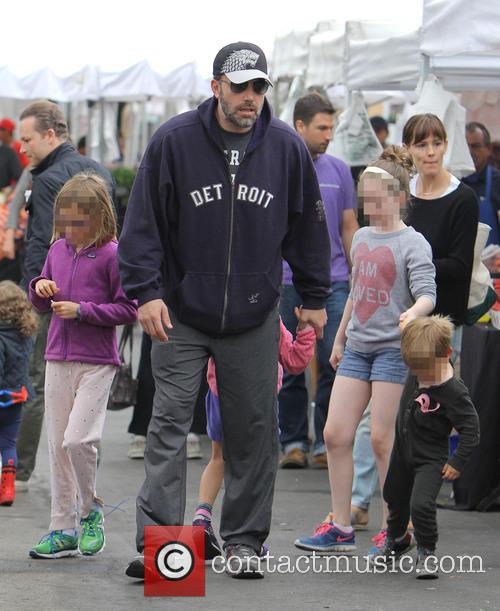 However, a representative for Affleck strongly denied the content of the report in a statement to Page Six later on Wednesday. “The story is complete garbage and full of lies. You shouldn’t be able to hide behind ‘blind sources’ and attempt to destroy families going through a difficult time… ..it’s shameful and desperate,” the rep said.

The Us Weekly report centred around a couple of pieces of inside gossip. “They would hang out without the kids,” explained a friend of Ouzounian, “and they were very flirty.” When Garner, 43, found out that Affleck and the nanny were getting a bit close, she fired Ouzounian, but that apparently didn’t deter them from seeing each other.

The same friend revealed that Ouzounian visited Affleck at his new address in the L.A. area on July 17th, adding: “She says Ben really, really likes her,” says the friend. “She’s saying this is true love.”

However, Affleck’s rep blasted Us Weekly for printing the baseless story: “The tabloid decided to construct stories in order to sell magazines. It’s like story time in kindergarten.” Affleck is said to be considering legal options.

Last month, Affleck and Garner announced the dissolution of their decade-long marriage after several attempts to resurrect it. They have three children – Violet (9), Seraphina (6) and Samuel (3).