Ben Affleck has blasted ''disgusting'' paparazzi who try to take photos of his children and doesn't think they should be subjected to media scrutiny since they didn't choose to be in the limelight. 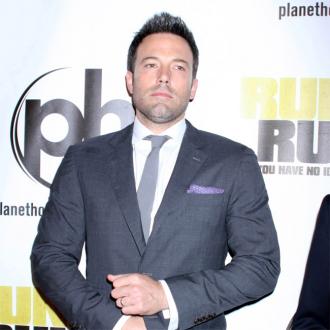 Ben Affleck has blasted ''disgusting'' paparazzi who try to take photos of his children.

The actor understands him and his wife Jennifer Garner, both 41, attract media attention since they are Hollywood film stars but doesn't know why his children - which includes Violet, eight, four-year-old Seraphina and 21-month-old Samuel - have to be subjected to the same kind of spotlight, and would prefer for them to be left alone.

He told Playboy magazine: ''You can say what you want about me. You can yell at me with a video camera and be TMZ. You can follow me around and take pictures all you want. I don't care. There are a couple of guys outside right now. Terrific. That's part of the deal. But it's wrong and disgusting to follow children around and take their picture and sell it for money.''

Ben thinks his children should escape his fame since it's not their fault they have famous parents and because they didn't choose to be in the spotlight.

He added: ''My kids aren't celebrities. They never made that bargain ... As their father it's my job to protect them from that stuff. I try my very best, and sometimes I'm successful. The tragic thing is, people who see those pictures naturally think it's sweet.''

Earlier this year, Jennifer and Halle Berry teamed up to get Senate Bill 606 passed in California.

This protects the privacy of children who are famed due to their parents status and subsequently, from January 1, 2014, a paparazzo who is convicted of harassing a minor who has been targeted due to his or her's parent's profession may spend up to a year in jail or be subjected to a hefty fine.