Ben Affleck couldn't help mouthing the words to every scene while directing his new spy thriller 'Argo', much to the irritation of the cast. 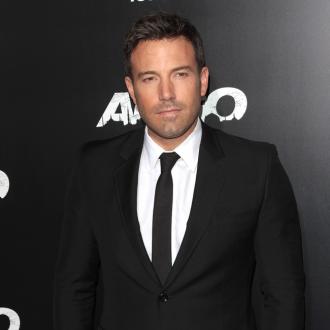 Ben Affleck annoyed the 'Argo' cast by mouthing along to their lines.

The 40-year-old actor failed to control his bad habit when he directed the real-life CIA thriller, despite Jeremy Renner and Blake Lively complaining he was putting them off by reciting their lines when they filmed 'The Town' in 2010.

Ben told the New York Post: ''[It] is a rather unfortunate tendency ... I sometimes will slightly lip-move along with the lines of the actors. The first time I did that was on 'The Town'. During one of Jeremy Renner's close-ups, he was like, 'Can I talk to you for a second? You're mouthing my lines.'

The actor - who is tipped to be nominated for an Oscar for his critically acclaimed new movie - recently admitted that his wife Jennifer Garner helps him balance his family life with his career.

He said: ''I'm very lucky ... I feel tremendously grateful. I have a great family. I'm very inspired by where my career is right now. I'm fortunate ... I'm happy with where I am.''