Ben Affleck, Matt Damon and Jennifer Todd are teaming up to produce 'Sleeper', a project which dates back to 2008. 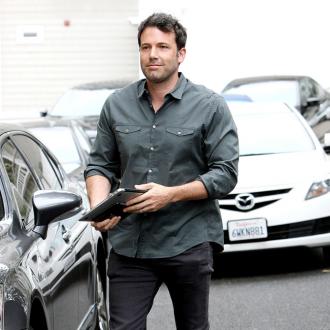 Ben Affleck and Matt Damon are teaming up to produce 'Sleeper'.

The actors and producer Jennifer Todd are joining forces to work on the movie - which is adapted from a comic book written by Ed Brubaker and published by DC Comics - which dates back to 2008, according to Variety.

The project was previously believed to have been developed by actor Tom Cruise, director Sam Raimi and Josh Donen.

'The Shield' creator Shawn Ryan and David Wiener - who worked on season two of 'The Killing' - are going to pen the screenplay.

The story is based on Holden Carver, a man who can absorb pain and has a powerful healing factor, as he goes on an undercover operation to infiltrate a criminal organisation while working with a law enforcement agency.

He then falls in love with Miss Misery, who makes herself feel better when she hurts someone else.

'Argo' star Affleck has been cast as Batman in the upcoming 'Man of Steel' sequel, while his long-time friend and collaborator Damon - with whom he wrote Oscar-winning 1997 film 'Good Will Hunting' and more recently 'More Time with Family' - has joined the cast of 'Interstellar' and will appear in a small, undisclosed role in Christopher Nolan's sci-fi film.