Ben Affleck and Jennifer Garner 'in no rush to divorce'

Ben Affleck and Jennifer Garner are not in a hurry to dissolve their marriage. 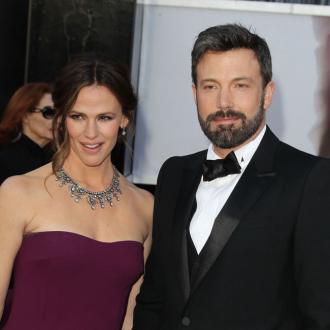 Ben Affleck and Jennifer Garner are not rushing to file for divorce.

The former couple - who have children Violet, nine, Seraphina, six, and three-year-old Samuel together - may have announced they had separated last month but are not in a hurry to dissolve their marriage.

A source told PEOPLE: ''[Garner]'s finishing a film so there hasn't been like, 'Okay, let's get this done now,' because they always were like, 'This is happening and still moving forward.' I don't think they're talking about it.

''They're concentrating on being a family right now.''

Indeed the pair are moving in to a new home together and are planning to rent Brooke Shields' Los Angeles home once they return from Georgia, where the 43-year-old actress is currently shooting 'Miracles From Heaven'.

Their own Los Angeles property - where Ben is expected to move into a separate annexe on the estate - is currently undergoing extensive renovations and as they ''don't want to live in a construction zone'', they decided to seek alternative accommodation.

A source told the New York Post newspaper's Page Six column: ''[Ben will] remain with his family on this new property.''

Brooke and her husband Chris Henchy put their five bedroom, five-and-a-half bathroom property - which is just a few houses away from Ben and Jennifer's home - up for rent last month as they spend most of their time in New York.

It was recently claimed the 'Alias' star and her 42-year-old estranged husband are ''playing happy families'' for the sake of their children.

A source said: ''They both put on their happy faces and don't show any signs of anger or frustration. They definitely play happy family in front of the kids.''

The insider added that it is important to both stars that their children know how much they love them.

The source explained: ''They want to fill their children's lives with as much love as possible and make sure they know they have two parents who love them to pieces.''