Hollywood duo Ben Affleck and Jennifer Garner believe their separation will be the ''best thing'' for their family, according to a source. 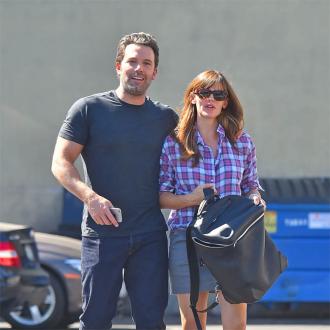 Ben Affleck and Jennifer Garner think their separation will be the ''best thing'' for their family.

The Hollywood duo - who have children Violet, nine, Seraphina, six, and Samuel, three, together - announced earlier this week that they are to divorce after ten years of marriage and an insider has claimed it's considered to be the most sensible solution for everyone concerned.

The source told Us Weekly magazine: ''They've been married for a long time and tried to make it work for many years.

''They eventually realised this is the best thing to do for their family. They don't want it to be contentious. A lot of people say that but they are doing things to ensure that it won't be. ''There is a lot of love there but, they are doing what is best for everybody.''

Confirmation of their divorce came after Jennifer admitted their relationship was in a ''mindful'' place.

Speaking last year, she said: ''You can't expect to be courted all the time, and I don't want to court him right now - I don't have the energy.

''But we're definitely in a very mindful place where we're making an effort to be together, do things at the same time and be loving.''