The Batman Suit Pic? Forget It, Kevin Smith Says It's Blue and Grey.

Remember the picture that Zack Synder tweeted of Ben Affleck in full Capred Crusader regalia? Well, forget that, because filmmaker Kevin Smith says the batsuit intended for Affleck that he saw was blue, not black.

"As you may remember, I saw a photo of the Batsuit many months ago, and many people asked online, 'Is that the picture you saw?' No, that is a very cool picture, but that is not the picture I saw. They put it on a fake rooftop, and they lit it up. But it was in color, and you could see every piece of detail. So I've seen some people online go, 'Why is this f***ing suit any different than the Chris Nolan Batsuit, it's all one f***ing color.' It's like, 'Dude, that's a monochrome photo. You know what that means, one chrome. ...

"That's not a representation of what the suit looks like. So what the suit looks like, and I was always kind of keeping it quiet until they revealed it, but they've revealed it. And you can kind of see, and anybody that. you've seen some people take the picture and color it online. If you want to see what this f***ing suit looks like, you just go to Frank Miller's The Dark Knight Returns, go to the third book, Hunt the Dark Knight.it's the exact f***ing outfit he's wearing."

More: Ben Affleck's batsuit - is it a hit or a miss?

So, anyone familiar with Miller's Dark Knight Returns will know that Batman's suit is the more classic blue and grey colors.

The character had always been depicted in those colors (usually with a yellow belt) until Tim Burton opted for a black and yellow combination for his 1989 movie. Joel Schumacher opted for all black for 1995's Batman Forever, dropping the yellow belt. George Clooney lost the yellow from his emblem in 1997's awful Batman and Robin, though Christopher Nolan restored the gold belt for the classic trilogy starring Christian Bale.

More: Are we getting a secret Amazing Spider-Man 3 movie?

Batman vs Superman is set to hit cinemas in May 2016. Henry Cavill reprises his role as Superman from Man of Steel, while Gal Gadot will play Wonder Woman and Jesse Eisenberg portrays Lex Luthor. 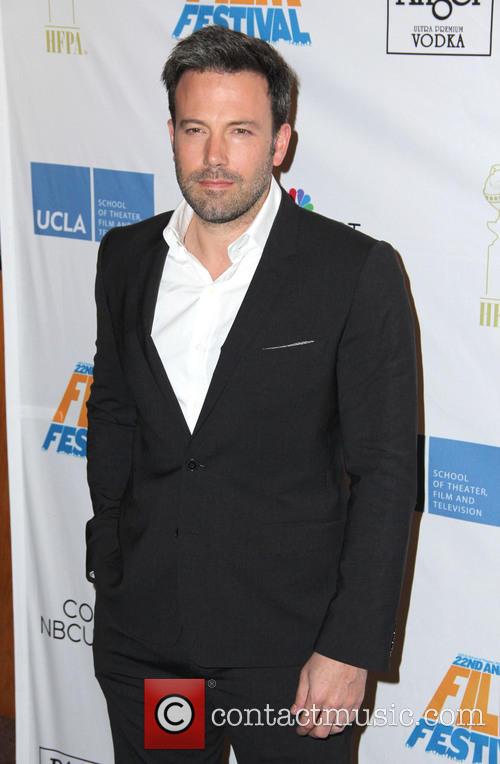