Argo Overtakes Lincoln As The Oscar Favorite for Best Picture 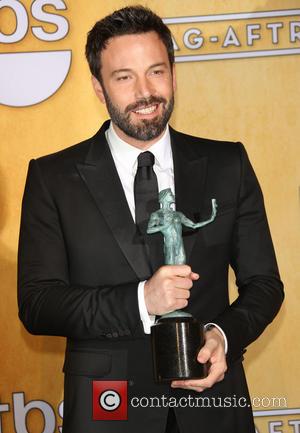 Argo - the true story of the rescue of US diplomats stranded in Tehran after the 1979 Islamic revolution - has edged out Lincoln to become the odds on favourite for the highly coveted Best Picture award at The Oscars. And this is despite Ben Affleck missing out on a Best Director nomination.

Argo picked up a couple of big Globes - Best Director and Best Motion Picture - and then followed that up by winning big at the SAG awards, picking up best cast ensemble. On Saturday, Argo won the Producers Guild award, beating Lincoln, Les Miserables and Silver Linings Playbook to the gong, setting the scene for a previously unexpected win at the Oscars.

"There was absolutely no way I thought we would win this award," the film's director and star, Ben Affleck, told reporters backstage after the SAG win.  Asked about his movie's Oscar chances, Affleck said he was not in the business of "handicapping or trying to divine what's going to happen down the road".

"I don't know what's going to happen, nothing may happen, but it's a wonderful opportunity to be on the ride," Affleck added.

So at 8/13, Argo is officially the favourite to take home Best Picture. "Members of the academy love surprises, so about the worst thing that can happen to you is if you've built up an expectation," Daniel Day-Lewis - star of the erstwhile favourite Lincoln told reporters, (via Guardian).