Affleck: 'Lopez Was Bad For My Career' 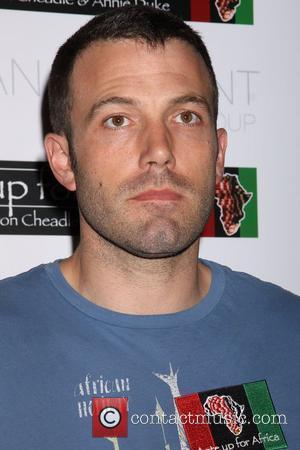 Ben Affleck has spoken out about his high-profile relationship with former girlfriend Jennifer Lopez - insisting it was bad for his movie career.
The actor began dating the singer in 2002 after starring in Gigli with her, and the pair later became engaged before splitting up shortly before their scheduled wedding in 2004.
Affleck is adamant he should never have got involved in the first place - because the publicity surrounding their romance tainted his career.
He says, "I was no longer in control of my life. I thought I wanted certain things, but I didn't. I got lost. I felt suffocated, miserable and gross. I should never have gone down that route or got sucked in to all the publicity.
"I was typecast as myself. Too many people weren't getting past what they read about me. That was damaging. I can tell from experience it's bad for you, and bad for your career. So I took a break, went away for a while and let things calm down."
And he admits he is much happier with his wife Jennifer Garner and their two daughters, three-year-old Violet and six-month-old Seraphina to look after.
He adds, "Work has taken a back seat. My job is not as important as it was. Saying that having a family changed my life is a cliche. But it's true - it re-arranged my life and made me see clearly."