Bella Thorne admits she's planning to release her debut album this year and she's confident it will suit everyone's taste because she has a variation of genres featured on the collection. 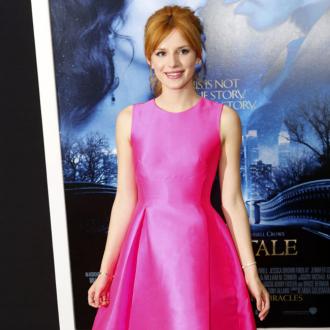 The 'Winter's Tale' actress has revealed her new single will be released in the next ''few months'' and her debut studio collection will follow shortly with tracks from a variation of genres.

She said: ''Everything is very different so it is hard to say I have some Coachella music, I have some R&B, some more Ke$ha talk-y music.

''I wanted there to be a song for everyone I don't want it to just be you hear a song on the radio and say, 'Oh that kinda sounds like Bella Thorne,' like she would sing a song like that. I want it to be so versatile and different.''

The 16-year-old star has several movie roles lined up for 2014 - including 'Blended' - but she insists every bit of spare time she gets, she spends in the studio.

Although, she most looking forward to performing her songs in front of an audience.

She explained to MTV: ''I don't think people realise how much work it takes to make an album. I'm in the studio for hours in that tiny little box and really the performing part is what I'm most excited about.''