Bella Hadid crossed paths with her ex The Weeknd on Wednesday, just over a week after he was spotted kissing Selena Gomez.

The Victoria’s Secret model is reportedly unhappy with her ex’s new romance, but on Wednesday she appeared to be putting her feelings aside as she partied with pal Kendall Jenner. 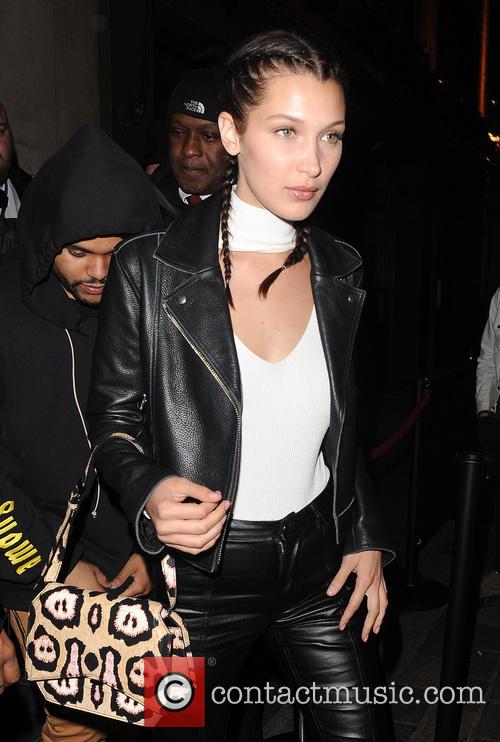 Bella Hadid ran into ex The Weeknd on Wednesday

Bella and The Weeknd (real name Abel Tesfaye) both attended a memorial concert in honour of ASAP Mob founder A$AP Yams, who died in January 2015, at Madison Square Garden in NYC.

Celebrity jeweller Ben Baller shared photos of The Weeknd and Hadid separately on his Instagram story during the show. One pic which was captioned, "My boy Abel came to bless the stage XO,” showed The Weeknd performing, while another posted shortly after, showed Bella and Kendall in the audience.

The Weeknd and Hadid split in November after dating for nearly two years. Earlier this week it was reported that Bella felt ‘hurt and betrayed’ by her ex’s blossoming romance with Selena.

Speaking to People, a source said: “Bella and Abel’s split wasn’t dramatic, but of course she’s hurt and pissed that he’s moved on so quickly with Selena.” The source added that it was Bella who ended the relationship late last year.

However multiple sources also state that Selena hasn't broken any ‘girl code’, as she and Bella were never close friends.

“Selena knows Bella through Taylor [Swift] and her squad, but they’ve never been close,” a pal of Selena told People. The friend of Selena added that the singer and The Weeknd “met a while ago and connected over music” and that the relationship new and nothing serious yet.”

Bella Hadid: We need to stick together during pandemic