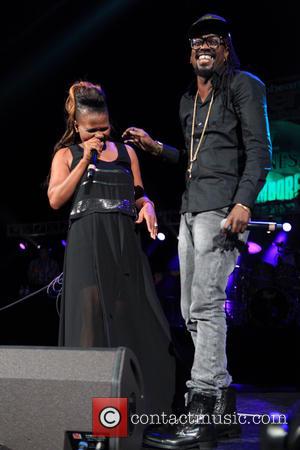 Jamaican reggae star Beenie Man has issued a heartfelt public apology to the gay community for violent and homophobic lyrics featured in his music and begged for their forgiveness, insisting he was just "a kid" when he penned the tracks.
The Dude hitmaker, real name Anthony Moses Davis, has frequently come under fire for songs such as Mi Nah Wallah, which contains a line about slitting the throats of homosexual men, and he was removed from the 2004 Mtv Video Music Awards following angry protests outside the event by gay rights activists.
But on Friday (18May12), Beenie Man appeared to have had a change of attitude towards gays and lesbians and released a video message online, explaining he has learned to be more accepting of other lifestyles.
In the YouTube.com clip, he says, "Let me make this clear and straight. I have nothing against no one (sic). I respect each and every human being, regardless of which race or creed, regardless of which religious belief you believe in, and regardless of which sexual preference you are, including gay and lesbian people.
"I love each and every one and am just begging each and everyone to do the same..."
And Beenie Man hopes his critics will no longer blast him for tracks he wrote and performed years ago: "Do not fight against me for a song that I sang 20 years ago... I was a kid. Now I know that people live in the world that live their life differently than the way I live my life. Just love the music and respect the music."

Beenie Man - King Of The Dancehall