Robin Gibb Has To Learn To Walk Again 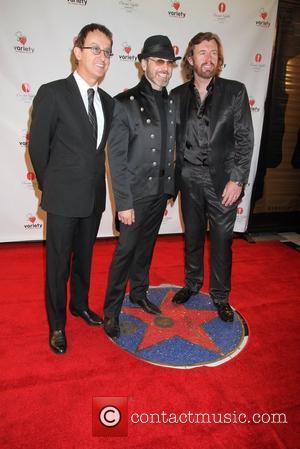 Bee Gees star Robin Gibb spent so long lying on his back in a coma, he's having to learn how to walk and eat again.
The legendary singer spent at least ten days unconscious at a London hospital earlier this month (Apr12) after contracting pneumonia during his longrunning battle against liver and colon cancer.
He stunned doctors by regaining consciousness against the odds - and his wife Dwina has now revealed the star is determined to battle back to full health, even though his time in a coma has left him struggling to walk and eat.
She tells Hello! magazine, "He can't wait to go out into the garden with our dogs, Ollie and Missie. But it's going to be a long time before he's strong enough to do that.
"After being fed through a drip and lying in the same position for days, he has to learn to eat and walk again. We know he's very strong, though - he has faced death and conquered it."