Bee Gees star Barry Gibb has revealed he and Coldplay singer Chris Martin have been discussing a possible collaboration with each other. 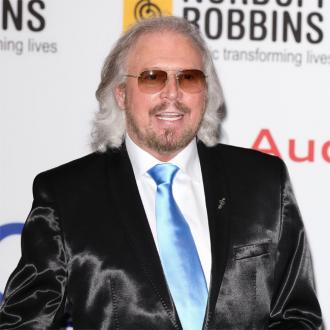 Barry, the last surviving member of the legendary pop group, has struck up a friendship with the Coldplay frontman and a project is ''on the cards''.

Speaking at the Nordoff Robbins 02 Silver Clef Awards, Barry, 66, told BANG Showbiz: ''If these things are meant to happen, they'll happen. But we have spoken about it and discussed the idea. We've made friends.''

The 'Saturday Night Fever' singer admitted he has a great deal of respect for Chris, 36, and described the 'Paradise' hitmaker as an inspiration.

Barry - who picked up the Sony Mobile Lifetime Achievement Award at the event - added: ''I think working together is on the cards. You never know what's round the corner. But I hope so. He's an inspiring musician.''

Barry has lost both of his brothers and Bee Gees bandmates, Maurice, who died a decade ago, and Robin, who passed away last year, and has admitted throwing himself back into music has allowed him to cope with his grief.

The 'Night Fever' singer - who has been on tour this year - said: ''I have to credit my wife (Linda) for getting me back on the stage after my brothers passed away. She said stop anguishing over everything. The music is in you, get it out and stop worrying ... The last six months have been better because I've been performing. And using music as therapy, re-living the golden moments.''