In the wake of the Grammys, the Beck-Beyonce mash-up is just what's needed.

In the spirit of conflict resolution, a hilarious musical mash-up of Beck and Beyonce has appeared online to put a full stop to this week’s Grammys controversy.

The track, entitled ‘Single Loser (Put A Beck On It)’, appeared on SoundCloud late on Thursday. It is discoverable under the artist profile name ‘Beckyonce Knowles-Hansen’, and consists of the vocals of Bey’s 2008 smash hit ‘Single Ladies (Put A Ring On It)’ set to the music of rocker’s 1994 breakthrough single ‘Loser’. 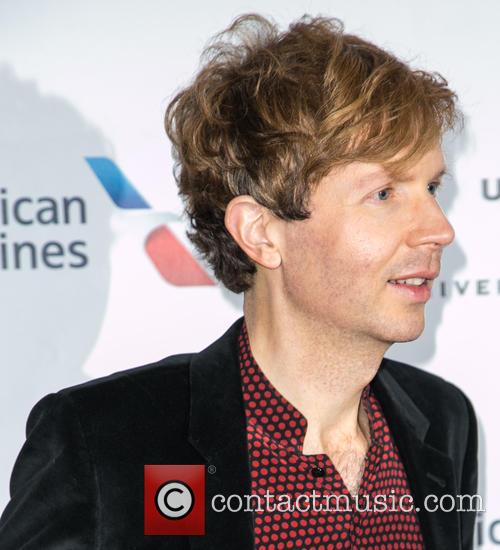 Beck pictured at the 2015 Grammys, where he won 'Album of the Year'

Whoever’s responsible for it, we say bravo. The fall-out from the Grammys, at which Beck’s Morning Phase was surprisingly awarded ‘Album of the Year’, has seen music fans and critics bitterly divided against each another. It was not helped by Kanye West’s outbursts.

Having tried to get on-stage during Beck’s acceptance speech, the rapper raged at E! News at the post-awards party, arguing “Beck needs to respect artistry, and he should have given his award to Beyonce.” He has since retracted his comments, particularly as Beck himself declared Kanye a “genius” when asked to react.

It’s not a question of one or the other, guys - both musicians are respectable artists. However, they are both completely different types of artist catering for very different audiences. But at least now, Team Beck and Team Bey have something which they can enjoy together.

In other Beck-related news, the 44 year old singer shared his triple Grammy success (the album also won gongs for ‘Best Engineered Album (Non Classical)’ and ‘Best Rock Album’) by buying his record label staff a waffle breakfast. According to Billboard, the singer and his management company sent over a Waffles De Liege food truck to Capitol Records on Friday morning.

More: Kanye West at the Grammys: “You all know what it meant when ‘Ye walks on the stage”