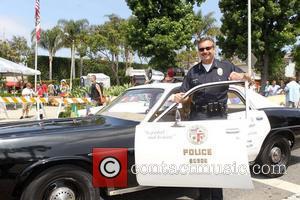 There have been reports of another stage incident in North America, as the Governor's Ball Festival on Randall Island apparently saw one of its two stages fall down. The firmest report seems to have come from website The Gothamist, which points out that the accident did not happen during the weekend's festivities, thankfully, but that it occurred when the stage was being disassembled following its usage. Beck, Passion Pit, Kid Cudi and Modest Mouse were among the acts playing the festival.A statement from a spokesperson from the festival said "At approximately 4 pm, while disassembling the stage, 8 stage hands were carrying a truss by hand, to be loaded off the deck, when a portion of the deck shifted, causing one stagehand to fall. He broke his fall with his wrist and has been transported to the hospital for x-rays. As a precautionary measure a second stagehand, complaining of lower back pain was also transported for examination."Earlier this month in Toronto a stage collapsed whilst British band Radiohead were getting ready for sound-check before an outdoor concert in the Canadian city. The damage caused was huge, with the group's backline destroyed and, more tragically, their guitar technician Scott Johnson was killed. The health and safety of outdoor crowds at American music events has come under closed scrutiny since last summer when the main stage at the Indiana State Fair collapsed under strong winds, killing six people.