The 'Sex Laws' singer was an unexpected winner of the Best Album accolade when his record 'Morning Phase' beat out the likes of Sam Smith, Pharrell Williams and Beyonce and the 'Famous' rapper - who infamously stormed the stage when Taylor Swift beat the 'Formation' singer to Best Female Video at the MTV VMAs in 2009 - interrupted his acceptance of the statuette from Prince to object.

Though Beck didn't really register what was happening at the time, he wishes things had played out differently.

He said: ''Afterwards, I thought if I hadn't been so nervous, I could have had more fun with it.

''I dunno, it could have played out a lot of different ways. We could have had a little conversation. Talked about life.''

And when it was suggested Prince - who died of an accidental overdose in April 2016 - could have mediated, he added: ''Yeah! Exactly! That would have been interesting.''

The 47-year-old singer admits the 'Diamonds and Pearls' singer was a huge influence on him, just like fellow late artists David Bowie, Leonard Cohen and Tom Petty, and he was left devastated by all their deaths.

He told the Guardian Weekend magazine: ''It's weird. While it feels incredibly presumptuous, I do feel that certain artists are like family, in a way. I never knew Prince, but he was so much a part of my world. There's a lot of musicians like that.

''I'll never forget this conversation I had with my band a couple of years ago on the tour bus. I was saying, 'We're so lucky! We still have all these people!'

The Grammys was the last time Beck saw Prince, and he is still upset they never got to speak properly.

He recalled: ''We're walking off... I was trying to talk to him. Prince was listening. I wanted to tell him how much it meant to me that he was up there. Like, how much he meant to me.

''And it all happened so quickly. Somebody grabbed me to take a photo, because they always want to get your photo when you're coming off stage, and when I turned back around, Prince was gone.

''But now? After the last few years? If any artist ever says it's their last tour? I'm going to be there.'' 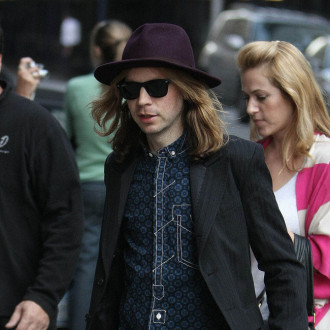