In distressing news, popular Detroit pastor and gospel singer MARVIN WINANS has been carjacked and assaulted in his local area whilst visiting a gas station, according to ABC News.

The news site reports that the attack happened at around three o'clock in the afternoon. The 54 year-old apparently told radio station WXYZ-TV that four or five young men followed him from inside the gas station and attacked him as he topped up his vehicle. The religious man claimed that he wasn't seriously hurt but that he was going to seek medical attention - he also reckoned that the assailants did not recognise him.

What really seemed to upset the singer though was that it was a damning indictment of what was happening within his neighbourhood, Winans commenting "I'm just saddened that it has come to this," and adding "This kind of nonsense just has to stop. It's just the savageness of what's happening in the street." Continuing his tirade, he added "And if they did, it didn't make much difference." Winans is part of the hugely famous Winans singing family who can list the likes of Bebe Winans and Cece, Carvin and David II among their family tree. His own discography stretches back to 1981 and 'Introducing The Winans.' 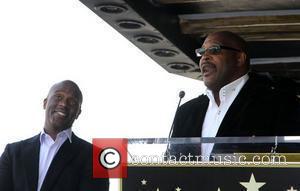