A topless portrait of the late actress Beatrice Arthur has gone under the hammer at Christie's auction house in New York, fetching $1.9 million. 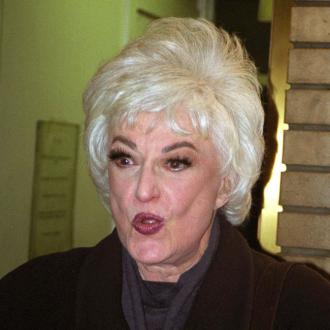 A topless painting of Beatrice Arthur has sold for $1.9 million.

The portrait, titled 'Bea Arthur Naked', was created by artist John Currin and was sold for the huge amount at Christie's auction of post-war and contemporary art on Wednesday (15.05.13) in New York.

The final offering met its estimates of receiving between $1.8 million and $2.5 million. The buyer has remained anonymous.

Painted with oils in 1991, the portrait shows the late actress nude from the waist up, but the image was in fact created from a photograph of her fully clothes.

Bea passed away aged 89 in 2009 after a long battle with cancer.

After serving in the United States Marine Corps during World War II - which she would later deny - the star went into acting and made a name for herself in hit TV shows such as 'Maude' and 'The Golden Girls' alongside Betty White during the 1970s and 80s.

Bea earned the title of second most nominations for Primetime Emmy Award for Outstanding Lead Actress in a Comedy Series, with 9 nods throughout her career, and picked up several accolades.