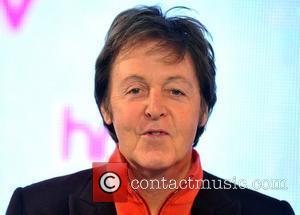 Late Beatles star George Harrison is to release a second posthumous album after his pal Jeff Lynne reportedly agreed to complete some of his unfinished works.
The star, who died in 2001, left behind a vast catalogue of incomplete songs and Electric Light Orchestra leader, Lynne, is said to have agreed to work on the tracks at the request of Harrison's widow Olivia.
Lynne, a close friend of the late musician, appeared in his 1980s group The Travelling Wilburys and produced Harrison's final album, Brainwashed - which was released in 2002 after the star's death. He has also worked with Harrison's musician son Dhani.
A source tells British newspaper the Daily Express, "George half-finished loads of songs and often simply forgot about them. He amassed an enormous amount of material in the last few years of his life. It's likely there will be another album's worth.
"Jeff and George were very close. It's felt that he is the right man to work on this material. Jeff is a close family friend and someone Olivia and Dhani trust. They are very protective over George's legacy."