With all the recent coverage regarding another 1960s superstar, Bob Dylan, here at Contactmusic, it may have been easy to let him steal the spotlight from his most popular contemporaries from that era, The Beatles, who this year celebrate the 50th anniversary of one of their biggest albums. 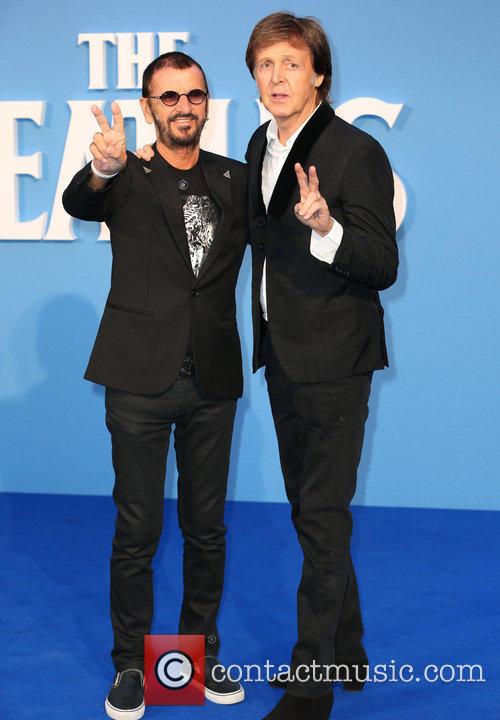 Ringo Starr and Paul McCartney at The Beatles documentary premiere

However, something intriguing seems to be afoot. Today the celebrated pop/rock band published a video on their Facebook featuring coloured lines which recall old television sets. The video is backed by an excerpt from 'Sgt. Pepper's Lonely Hearts' Club Band (Reprise)'.

This probably has something to do with the 50th anniversary of the group's 1967 milestone of an album, which famously featured on its cover images of the band and many of their "heroes" at a 'funeral' for The Beatles.

Sgt. Pepper's Lonely Hearts Club Band, frequently regarded as one of music's greatest masterpieces of all time, features such well-regarded songs as 'With a Little Help From My Friends', 'Lucy in the Sky With Diamonds' and 'A Day in the Life'. Produced by their close collaborator at the time, the late George Martin, the album was number one in both the US and the UK and landed a rare multi-Diamond certification having sold more than 32 million copies worldwide.

The Beatles will be launching a special 50th Anniversary Edition of the record this summer, remastered with the help of Martin's son Giles Martin. Former bassist Paul Revere & the Raiders Keith Allison was visiting drummer Ringo Starr when he received the remastered work in the post.

More: Read our review of Beatles documentary 'The Beatles: Eight Days a Week'

'[Ringo] thought it was great! Why? Because it originally was recorded on a 4-track with a lot of over dubs, which buried the drums', he said in a Facebook post. 'Now, the drums have been lifted and come through as they should. He was pleased. You'll be glad to know it was remastered at EMI Studios where it was originally recorded.'