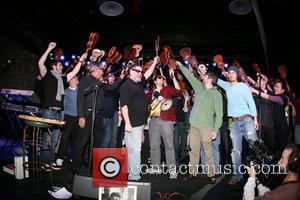 Beatles legend Ringo Starr has finally found religion as he prepares to turn 70 later this year (10) - insisting he has been searching for God "since the 1960s."
The drummer will celebrate the milestone birthday in July (09), and he is adamant that after years of excess in his Fab Four hey-day he has finally found enlightenment.
He says, "'I feel the older I get, the more I'm learning to handle life. Being on this quest for a long time, it's all about finding yourself.
"For me, God is in my life. I don't hide from that. I think the search has been on since the 1960s.
"I stepped off the path there for many years and found my way back onto it, thank God."
Starr's new found faith comes four decades after his late bandmate John Lennon famously claimed the Beatles were "more popular than Jesus" - causing uproar in Christian countries around the world.