Since its inception in 2006, The Beat-Herder Festival has considerably grown from its home-grown roots. Located just outside of Clitheroe, North England the setting is one unlike any other. With growing competition from other festivals in the North, Beat-Herder has developed its own style and offers a three day festival with some of the best talent the UK has to offer. Band's and DJ's from around the world are set to play Beat-Herder 2012 and we're just as excited about seeing the legend that is Lee Scratch Perry as we are Leeds' Middleman.

Whatever you decide to do 2012 is sure to be one unforgettable year. Here are contactmusic, we'll be busying ourselves watching plenty of bands, and here are a few we consider unmissable. 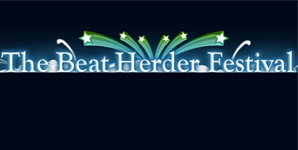 Lee 'Scratch' Perry
Veteran of Jamaican reggae Lee 'Scratch' Perry has been highly influential in his music career receiving recognition for his quirky Western influenced tunes and being favoured by the skinhead subculture of the sixties and seventies because of his ska sound. Western inspired 'Return of Django' became his first UK hit in '69 and his 2003 album 'Jamaican E.T.' won him a Grammy. Though Scratch maybe be getting on in years, he's still at the top of his game, and as his live performances start to become a rarer occurrence, this is the perfect chance to see him perform live.

Ellen & The Escapades
Acoustic quintet Ellen & The Escapades have been on such a journey since their formation in 2009. Having formed a loyal following in their hometown of Leeds, the band were soon picked to play at the Leeds and Reading Festivals on the BBC Introducing Stage, the following year they found themselves playing Glastonbury Festival. The group have spent much of the start of 2012 on the road promoting their debut album 'All The Crooked Scene'. Ellen's distinct husky vocal are sure to woo anyone who passes the stage, make sure you do not miss.

Fake Blood
Theo Keating from The Wiseboys (now known as Fake Blood) has become rather successful since embarking on a solo career and remixing songs for the likes of Dan le Sac Vs. Scroobius Pip, Calvin Harris, The Gossip, Noah and the Whale, Niki & The Dove and The Kills. Having already recently played at Austria's Snowbombing festival, Fake Blood has become one of the most in demand DJs/producers in Europe. Having seen Fake Blood multiple times before, it safe to say he always delivers.

Mr Scruff
We've always loved Mr Scruff and we love him even more now he's got a tea shop. Although never reaching great commercial success with his music, Mr Scruff has a legion of dedicated followers. Andy Carthy, better known as Mr Scruff, has always had a very eclectic taste in music and manages to successfully combine a range of genres and styles in his music , expect to hear elements of drum and bass, dubstep, jazz and dancehall delivered in a way unique to Mr Scruff.

Middleman
The best possible way you could end Beat-Herder 2012 would be to watch Middleman. The Leeds based band have made a name for themselves at not only one of the best, but most certainly the fun band upcoming in the UK. Staying true to a real DIY ethic, Middleman do everything themselves. Their debut album 'Spinning Plates' was released last year and gained the band favourable reviews from the music press. You're sure to walk away from a Middleman gig with a HUGE smile on your face.

Kraak & Smaak
Dutch electro trio Kraak & Smaak are releasing their new album 'Mixed Feelings' which exhibits the best tunes from their 2011 album 'Electric Hustle' and their greatest collaborations so far including remixes from Solomun, Lovebirds and Psychemagik. 'Electric Hustle' proved itself a success, scoring the track 'Dynamite' a number one radio hit in the US. Since their debut album 'Boogie Angst', the musical producers have performed at festivals such as Glastonbury and Detroit Movement, Beat-Herder might be a slightly different experience for them, but it's sure to be a standout moment of the weekend.

Jake Bugg
Nottingham born youngster Jake Bugg has sparked UK interest almost immediately on embarking on his musical career. First being noticed on the BBC Introducing Stage at Glastonbury, he has since signed to Mercury Records and his debut single 'Trouble Town' saw Zane Lowe give huge support to and now with the release of Lightning Bolt, the 18 year old looks like he's ready to make his mark on the music scene.

Rudimental
Rudimental are, without a doubt, one of the most promising new faces to emerge in electronic music for some time.Hailing from Hackney,the dubstep/drum & bass/electronic quartet are on the rise with their second single 'Feel The Love' reaching number one in the UK Official Singles Chart. The single features vocals from ex-Leeds boy John Newman. As well as Beat-Herder the boys are set to appear at Creamfields, SW4 and Outlook.

Orbital
We can finally breathe a sigh of relief as techno duo Orbital release their first album since their break-up eight years ago, 'Wonky'. Although they reformed in 2009, they have been extremely busy with comeback tours and shows. Announcing a further tour plus this comeback album in October 2011, Orbital's 'Wonky' is sure to incite feverish anticipation among devoted fans especially with its guest appearances of Zola Jesus and Lady Leshurr.

King Charles
King Charles has been a name on the end of many bloggers fingertips for many years, though 2012 looks to be the year that he'll finally breakthrough. The quirky songwriter has built quite a reputation for his exuberant gigs and recently released his debut album 'Loveblood' which includes a single with Mumford & Sons. It's certain to say King Charles will inspire the majority of male Beat-Herder goers to grow an incredible moustache.