Why Isn't The Beastie Boys vs Monster an Open and Shut Case?

Sounds like a no-brainer, so why is it dragging on?

The Beastie Boys have a pretty strong case against Monster Beverage Corp; the manufacturer and seller of caffeinated energy drinks is being sued by hip hop outfit for the unauthorised use of their songs, including "Sabotage," "So What'cha Want" and "Make Some Noise." 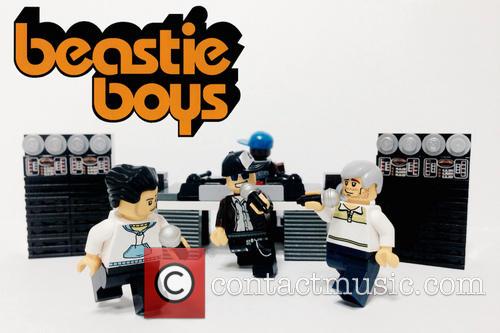 The Beastie Boys transformed in to Lego by Adly Syairi Ramly

Monster has admitted to using the songs in the 2012 promotional video for the annual snowboarding competition the company organizes and sponsors in Canada called the "Ruckus in the Rockies." They admitted using the songs and said it was a mistake.

Monster's lawyer, Reid Kahn, told the jury the company "technically did violate the copyright", but only because an employee thought permission to use the music had been granted. "In this case, it turns out to have been a mistake," he said.

More: Beastie Boys Once Again Fight For Their Right... Copyright, That Is

So why isn’t this case open and closed, given Monster’s candid approach coupled with The Beastie Boy’s staunch approach to giving  up their tunes to market products? Well the key behind the whole thing is the amount The Beastie Boys are suggesting Monster pay them.

"It stole the Beastie Boys' right to say no," Paul Garrity, a lawyer for The Beastie Boys, said. The band want a hot $2m from Monster, who are arguing that it’s simply too much. Reid Kahn, a lawyer for Monster, called that sum "illogical" and said the company should pay at most $125,000. We should take a second to think about the employee who thought the company had permission to use the music.

Of course, The Beastie Boys are asking for more than they need financially, mainly because they really don’t need anything, financially. But by pushing so hard on Monster, the band are forcing the issue and telling other companies that they can’t simply use any song they want and hope the benefits outweigh the eventual court case. Not that that’s what Monster did or anything.