An ambulance was called to the guitarist’s home on Thursday.

Legendary blues guitarist Bb King is in home hospice care at his Las Vegas residency, according to a message on his official website. King returned home Friday after a brief hospitalisation on Thursday, his second hospital stay in less than a month. 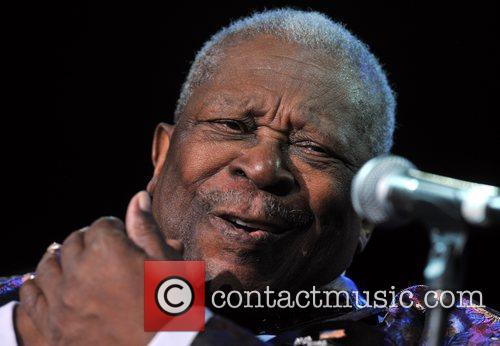 “I am in home hospice care at my residence in Las Vegas,” King wrote in a message on his personal website. “Thanks to all for your well wishes and prayers.” King’s daughter Patty had told KLAS Las Vegas News that her father wasn't eating and was dehydrated, so he was taken to the hospital for observation around 3 p.m.

Patty King added that paramedics had ran tests on her father and determined he might have suffered a minor heart attack. On Friday TMZ reported that King’s daughter had called the police claiming elder abuse after a dispute over whether the guitarist needed to be hospitalised.

Las Vegas police Officer Jesse Roybal later confirmed that an ambulance was summoned Thursday to King's address, resulting in a hospitalisation over what was characterised as a ‘dispute over medical care’.

The 89 year old Rock ’n’ Roll Hall of Famer has suffered from diabetes for decades and has had numerous health complaints in recent years. In October 2014 he was forced to cancel the remaining eight performances of his U.S tour due to dehydration and exhaustion