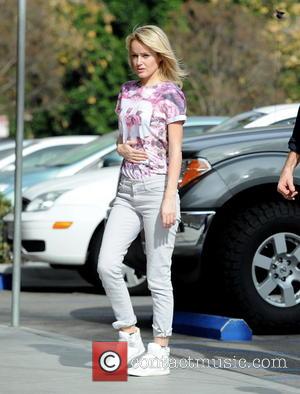 Picture: Hayley Roberts - Former 'Baywatch' star David Hasselhoff shows off a toned physique at age 61, as he shops at Bed Bath & Beyond with...

Police officers have issued a warrant for the arrest of former Baywatch actress Traci Bingham for failing to pay a court judgement.

The actress allegedly signed a contract to star in a sexually explicit photoshoot in 2012, but backed out after she had received a $30,000 (£18,750) advance.

According to Tmz.com, Bingham has not paid any of the sum or showed up to any court hearings, so a judge has issued a warrant for her arrest.