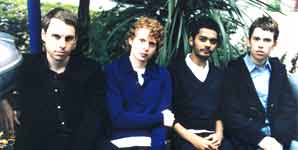 At what point does a band arrive? The release of their first single? Their first album? Or with the fully realised version of a track that transcends all of their influences and goes on to become that rare thing – a true anthem.

Sure, many people claim (often in press-releases) anthemic status for, less than spectacular tracks, but from the accordion-like strings, the searing guitar foils and lyrics that ironically define a generation of aimless youths in near Salinger-esque tones, 'Tendency' is sure to change lives.

'I know I dance like a drunken arse, every weekend it's my only vice, let me drink myself to death to forget about the rent…'

A line better suited to a more experienced generational satirist/spokesperson such as Morrissey than the 24-year-old vocalist Jason Bavanandan.

'Tendency' is the second release for Battle on Transgressive Records, following the single 'Demons', which sold out its 1,500-only limited pressing in half a day, and the first fruits from sessions for their Debut Album of the Year contender, recorded with Gareth Jones (Wire, The Futureheads, Nick Cave, Interpol and Einsturzende Neubauten) who has seamlessly managed to accommodate the epic scope of Battle's songwriting with their edgy and experimental tendencies, creating a track that you feel you've known your whole life, yet feel compelled to listen to repeatedly.

Following on from a series of high-profile supports with the likes of The Subways, Bloc Party, New Order and The Rakes last year, as well as slots at Reading / Leeds and T in the Park, the band are striking out on a headline tour of the country in February and March before a debut jaunt to the United States for the South by South West event, plus short stops in New York and Los Angeles. Before their tour begins, Battle play an NME Shockwaves show at Koko in London supporting Clap Your Hands Say Yeah.

With such a fresh and different outlook to their contemporaries, Battle cannot fail to seduce a generation out of its inward looking melancholia and pretentious posturing, creating a legacy for the future infused with the poetry of past decadents. About time. 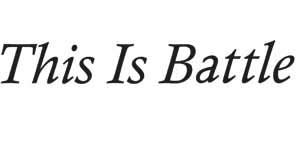