Superman And Batman About Ready To Team Up 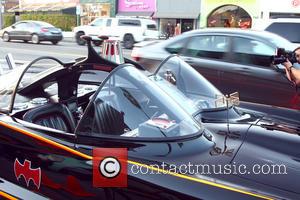 The producers of Man of Steel wanted to make it known that Batman and his enemies also live in the world of Superman and his and decided to drop hints of that common ground in the movie, David S. Goyer, who co-wrote the movie with Christopher Nolan, said in an interview with Britain's Empire magazine. For example, the logo for Wayne Enterprises (from the Batman films) appears on a satellite near the end of the movie. This is a shared universe, so we're saying yes, Lex Luthor exists in this world, Bruce Wayne exists in this world. We mentioned S.T.A.R. Labs and so the intention is, if the film is well received, that this would be the starting point for introducing other characters and ultimately, obviously Warner Brothers hopes there will be a Justice League film and perhaps you might start seeing other characters appearing in each other's films. The sizable weekend box office for Man of Steel would seem to give impetus to that strategy.