Crowds In Toronto, Canada Were Stunned To See Batman Climbing On Top Of A Car As It Sped Through The City Streets On Wednesday Night (27may15) As Part Of Filming For New Superhero Blockbuster Suicide Squad. 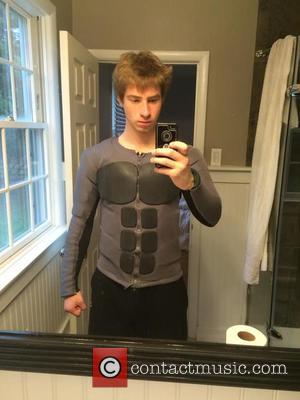 The new movie about a team of super-villains stars Jared Leto as The Joker, Margot Robbie as Harley Quinn, and Will Smith as Deadshot, while new Batman Ben Affleck is now believed to be part of the cast after the Caped Crusader was spotted on the set.

A stuntman dressed as the Dark Knight attracted attention in Toronto on Wednesday when he was pictured clinging to the roof of a red sports car as it raced around the city.

The daring high-speed stunt drew crowds to the streets and numerous videos and pictures have since emerged online.

The incident comes just days after the movie crew recreated a plane crash in the city, placing a huge piece of tail section and other wreckage in the middle of a busy street.

Suicide Squad is due for release next summer (16).