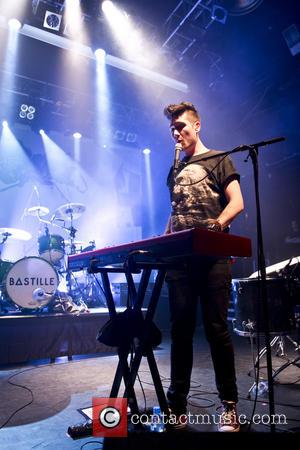 Rockers Bastille and dance duo Disclosure will lead the way at the U.K.'s 2014 Brit Awards after landing four nominations apiece.

The quartet's Pompeii hit will go head-to-head with Disclosure's White Noise for British Single, while Bastille's Bad Blood debut will compete against the electronic stars' Settle for the British Album of the Year prize.

The two acts will also fight it out for British Group and Best Breakthrough Artist.

David Bowie has landed a nod in the British Male Solo category, alongside James Blake, John Newman, Tom Odell and Jake Bugg, while the British Female Solo category will be a battle between Ellie Goulding, Jessie J, Laura Marling, Birdy and Laura Mvula.

Goulding has also scored a double nomination for British Single with her Calvin Harris collaboration I Need Your Love and solo hit Burn both earning mentions, while Sir Elton John is shortlisted for British Producer of the Year, with Flood and Alan Mourlder, and Paul Epworth.

Meanwhile, the International Male Solo award will be decided between Bruno Mars, Eminem, Justin Timberlake, John Grant and Drake, and Katy Perry, Lady Gaga, Pink, Lorde and Janelle Monae are all up for the female equivalent.

The winners will be announced during a ceremony in London on 19 February (14).