Review of All This Bad Blood Album by Bastille

Still riding high from the success of single 'Pompeii' and the ensuing success of debut album 'Bad Blood', indie-synth-poppers Bastille have ended a triumphant 2013 with the release of 'All This Bad Blood'. A deluxe version of the band's debut, released earlier this year; let's not forget how underwhelming that album was and, sadly, no matter how many songs they felt necessary to cram onto the end of it, 'All This Bad Blood' is another wildly underwhelming listen. 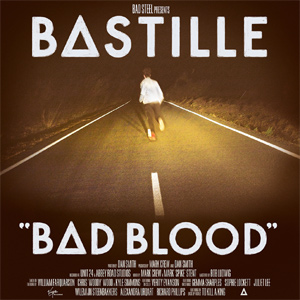 After tasting success on both sides of the Atlantic, it comes as little surprise to see Dan Smith's brainchild come out with another release just in time for Christmas and, ultimately, that is all 'All This Bad Blood' is; a quick cash-in on the Christmas market. All those stadium-baiting hits from 'Bad Blood' are already here, with added demo tracks, covers and some rips from old EPs. We do have some newer material on the second disc, nestled among the fodder, but the more recent tracks that do make it on to the additional side of the album are a shadow of even the worse parts we heard on the un-tampered 'Bad Blood'.

The first single taken from the disc 'Of the Night' is an embarrassing mash-up of Snap!'s 'Rhythm is a Dancer' and 'The Rhythm of the Night' by Corona and as bad as that sounds on paper, the end result is actually much worse. What we get is a confused mess of a song, with Smith's quieted singing blurted out over wannabe-Balearic house hums and misplaced xylophone taps. It's a real triumph just getting to the end of the song, with the end product being the musical equivalent of an empty roll of toilet paper: so irritating it make you want to cry. The verse tries its best to uphold some dignity, but ultimately fails miserably to conjure anything redeeming in this joke.

Another misjudged cover is their version of 'What Would You Do' by City High, a song that initially portrayed the struggles of raising a child as a single parent living in poverty. You know the one, with the Dre sample from that Martin Lawrence and Eddie Murphy film. Somehow, when sung by a white, middle-class, twenty-something complimented by thousands of pounds worth of production values, it doesn't quite have that same gritty edge to it. Listening to it, it could only remind me of Fred Durst's 'rap' on the Artists Against AIDS Worldwide version of 'What's Going on Cover.' That's not a compliment.

'The Silence' is one of the more bearable songs on 'All This.', thanks to the rickety guitar parts found under the overbearing harmonies. 'The Haunt' is one of the few times where the over-use of harmonising doesn't become immediately annoying, but after so many attempts the band were always going to inadvertently make a song where the hackneyed device doesn't sound mind-numbing and tiresome straight away.

So, to recap, copying Bon Iver at every chance doesn't make you enduring or original, and sticking a few 'unexpected' song breaks or drops doesn't make a track any more entertaining to listen to.

Bastille to perform at The Hundred final

Bastille's Dan Smith has been writing with Lewis Capaldi and Yungblud

Bastille's Dan Smith has been writing with Lewis Capaldi

Bastille unveil sci-fi album, Give Me The Future, release single No Bad Days