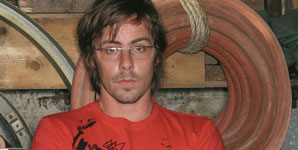 We caught up with Felix Buxton one half of UK dance heavy-weights Basement Jaxx, to talk about the Basement Jaxx record label Atlantic Jaxx

It's the summer of 1997 and Basement Jaxx have string of underground hits like Flylife and Samba Magic under their belts, their monthly parties in the George IV on Brixton Hill are always a roadblock and word is spreading outside the confines of specialist record shops and underground clubs in London that this production duo were doing things a little differently, making and releasing their own world-beating house music from a small studio in Brixton. They release a Compilation collecting the best bits from the releases on the label thus far.

It's the spring of 2006 and Basement Jaxx have released 4 albums on XL recordings, won several Brits, a Grammy and have headlined festivals from Glastonbury to Fuji Rock. Whilst all this has been going on Atlantic Jaxx has continued to provide an outlet for great dance music. At this point we hand over to Felix Buxton of Basement Jaxx.

This second compilation summarizes some of the material produced on the label since 'Volume 1' and includes a couple of early Basement Jaxx tracks and an unreleased version of "City People" from the Urban Haze EP.

Gwyn Jay Allen, heard on previous Jaxx tracks "Set your body free" and "Don't Give Up" appears here on 'Betta Daze' and his own track, the very soulful, "I Luv u Babe". Sharlene Hector has traveled the world performing with B Jaxx and appears here on an up-tempo Jazz Club Mix of 'Holdin me" ,a self-written track which she was heard singing during a break from a studio recording session.

Also appearing, South London's Afrofiesta, and Brazil X Plozian, featuring Jaxx percussionist Jorge Batista from Salvador, Brazil on Berimbau, in a never before heard remix, and Yen Sung, a Lisbon club DJ with 'Do You' remixed for the deep and dark.

Phil Linton, a writer for many years (whose credits include Loose Ends) appears with a version of his first and only solo recording. Sadly Phil passed away soon after completing this recording. He was a very talented and positive soul and is greatly missed. This mix was wonderfully executed by Linslee, South London, originally from Birmingham U.K.

The Last mention goes to the newest of the tracks, the Housebreakers, a trio from Birmingham and London including the vocal talents of Slarta John (of Jump and Shout fame) who are currently putting together an LP for release later this year.

Hope you enjoy, love from all at Atlantic Jaxx HQ. 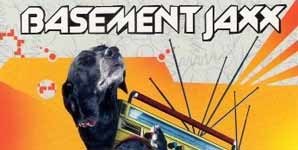 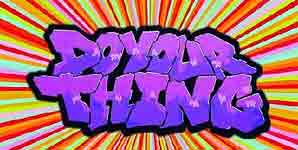