By Michael West in Lifestyle / Showbiz on 08 November 2012

Julianne Moore's daughter Liv took to the streets of New York this week, to take her pet pooch for a walk around the block. The 10-year-old looked the spitting image of her Hollywood mother, who walked by her side as if to hammer home the startling likeness to nearby photographers.

Liv has certainly inherited her mother's red hair and porcelain skin: it's basically a tiny little Julianne Moore walking around New York, which is a bit weird really. The 10-year-old, whose father is film director Bart Freundlich, is Julianne's only daughter though the couple also have a 15-year-old son, Caleb. In the harsh East Coast weather, Moore wrapped up in a knitted beanie hat, jacket, scarf, fingerless gloves and black boots, while daughter Liv opted for a puffa-jacket, jeans and simple tennis shoes.

After a stunning turn as Sarah Palin in Game Change, Moore is currently shooting the thriller Non-Stop with Liam Neeson. She also stars as the deranged mother of Chloe Moretz's Carrie in the highly anticipated horror remake and will appear in the porn-addict comedy Don Jon's Addiction, with Scarlett Johansson and Joseph-Gordon Levitt. However, perhaps her most intriguing project lies with Dan Fogelman's Imagine, about an old letter written by John Lennon and Yoko Ono to an aging musician which prompts him to reconnect with his son. The movie also stars Al Pacino and Jeremy Renner (probably not as John and Yoko).

By Hayley Avron in Lifestyle / Showbiz on 04 October 2012

Julianne Moore has been the victim of a high-value jewellery theft. The Magnolia actress had several items of jeweller stolen from her Manhattan apartment whilst it was being renovated, ABC News have reported. There were 10 items of jewellery taken, in total, with a value amounting to around $127,000. Seven of the items were Cartier pieces; the most expensive being a $33,000 Cartier platinum diamond tennis bracelet. Also stolen were four Cartier watches, with a combined value of $77,800.

The items are thought to have been removed from Moore’s apartment between June 6, 2012 and August 28, 2012, whilst the work was being carried out. No arrests have been made so far, but between 15 and 25 construction workers are known to have had access to the Manhattan property at that time. A report was filed to the police on October 1, 2012 by Julianne Moore’s assistant. The property is the home that Moore shares with her husband, Bart Freundlich and their two children; it has been on the market twice over the last few years and the six-bedroom home was most recently listed for $12.5 million. Three permits have been filed recently for interior renovation and plumbing work, according to The New York Times.

Julianne Moore’s Sarah Palin portrayal in the TV movie Game Change recently won her an Emmy award. When she accepted the award, she expressed that she was glad Palin disapproved of the show.

By Jules Brenner
OK
On the road with Billy Crudup may be an adventure for some, but this plodding, episodic series of ministories, held together by miles and miles of unending miles and miles won't do it for everyone. It will help if you think he's as appealing as some of the women in the story do -- there's no denying a charismatic force when you see one -- but this journey, its real purpose hidden until the last act, makes 103 minutes seem like 206.

Cal (Crudup) is a Manhattan architect with a wife and 3-year old son who, for a largely unexplained reason, is discontent. His interior landscape is entirely his own, as he revels in the brooding inner drive that propels him to abandon his family and set out on the road. To help convey the mental anguish he's experiencing, the film employs hallucinatory images, flashbacks, time phase cuts, and other borrowings from films like the successful Memento, though without the consistency or effectiveness of that fine work. 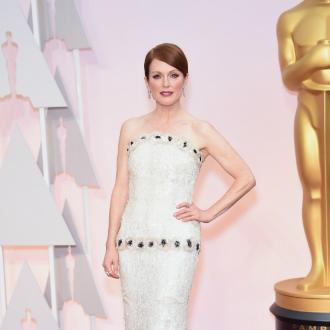