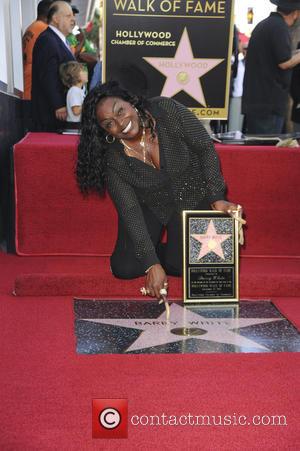 The family of music legend Barry White are embroiled in a dispute over his multi-million dollar fortune - just days after the soul legend passed away.

His girlfriend, KATHERINE DENTON, 37, gave birth to a daughter, BARIANNA, four weeks before his death and is claiming a share of the millionaire's estate.

But White's family is refusing to acknowledge her claim, alleging Katherine will not agree to a paternity test.

The LET THE MUSIC PLAY crooner's daughter, SHAEAHRA, 26, says, "My father has eight children, not nine. There is some question whether the baby is his.

"He was in hospital when it was claimed she was pregnant with his baby. We have no way of knowing if it is my father's baby yet. That remains to be seen."

And to further complicate matters, there is said to be a rift developing between White's first wife, MARY - mother of four of his children - and his estranged second wife, GLODEAN.

Both claim they are owed the largest share of his money, while White's children are also reportedly questioning his will.