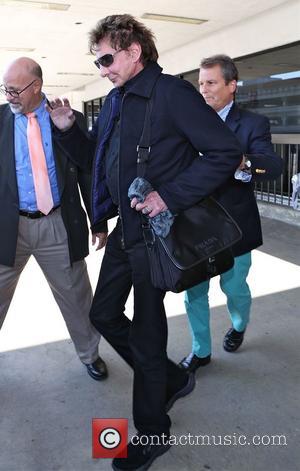 Veteran entertainer Barry Manilow had to scrap plans to include a collaboration with the late Frank Sinatra on his new duets album after failing to obtain permission from the crooner's estate.

The Mandy singer's new album, My Dream Duets, features Manilow singing with a number of late legends, including Louis Armstrong, Andy Williams and Whitney Houston, but he couldn't get clearance to sing with Sinatra, because the Rat Pack legend's family are preparing to release a new project of their own to mark what will be the singer/actor's 100th birthday next year (15).

Manilow also had to abandon his hopes of harmonising with Michael Jackson because he couldn't find the right song, until it was too late.

He adds, "The only other one I should have done then was Michael Jackson. I tried, I listened to all of the wonderful Michael uptempo things and that didn't sound good with me, but I didn't think about Ben... I would've done Ben, it could've been a good duet."