After two years of marriage, Barry Manilow has officially come out to his fans.

Two years after his marriage hit international headlines, Barry Manilow has finally opened up about his sexuality and love of husband and manager Garry Kief. It seems that the response has been so positive, he almost wonders why he kept it all a secret in the first place. 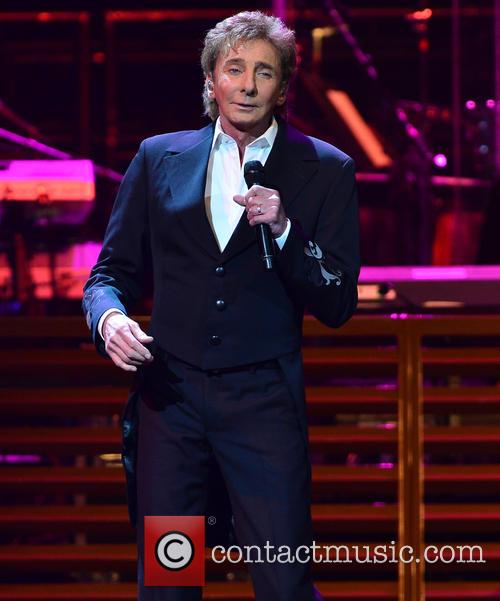 Barry Manilow photographed in concert in 2016

The 73-year-old crooner has been with Garry for almost 40 years, marrying at their Palm Springs home in 2014 where they invited between 20 and 30 guests over for 'lunch'. However, it's only this year that the singer has decided to open up publicly about his being gay, coming out - as it were - to his fans.

'I thought I would be disappointing them if they knew I was gay. So I never did anything', Barry told People. 'When they found out that Garry and I were together, they were so happy. The reaction was so beautiful - strangers commenting, 'Great for you!' I'm just so grateful for it.'

Despite this, when news of their union leaked back in 2015, he called it both 'a blessing and a curse'. He's a self-confessed 'private guy', who has never felt the need to divulge any information regarding his personal life in the past.

'I don't even like people knowing the names of my dogs, so for the public to get that close... it was strange that we were even talking about it', he told ET. 'But I don't mind at all. I'm proud of it, I am. I'm proud of it.'

He also confessed that he hasn't seen a single bad comment regarding his sexuality. 'These strangers out there, and I've always known it, they care about me', he added to the publication. 'I don't know, maybe they care about everybody, but for me, it is so moving, it is so deep that these strangers were so happy that I was happy.'

Barry Manilow is currently plugging his latest album 'This Is My Town: Songs of New York' which is set for release on April 21st 2017.