Barron Hilton will reportedly require ''extensive surgeries'' to repair the damage to his face he suffered after allegedly being beaten up at a house party.

The younger brother of Paris Hilton was allegedly attacked by Ray LeMoine at a party in a Miami mansion on Friday (06.12.13) and will require ''extensive surgery'' to repair his facial injuries.

A source told RadarOnline.com: ''Barron is slowly beginning to recover, but his injuries are brutal. He is telling his friends and family that Ray caused permanent damage to his face, and he suffered several bone fractures in his face.

''His nose was broken and will require extensive surgery to repair the damage. The swelling will have to go down before any work is done to attempt to repair Barron's face. He is looking at multiple surgeries.''

Meanwhile, police are reportedly desperate to speak to Barron - who claims he was attacked at the request of fellow guest Lindsay Lohan, who thought he had ''trash talked'' about her - but he has failed to respond to their messages.

According to TMZ.com, until officers speak with Barron again, they will be unable to make any arrests in the case.

Blogger Ray - who is believed to have fled to Cuba - has denied the attack, but has insisted Lindsay had nothing to do with any row between himself and the alleged victim. 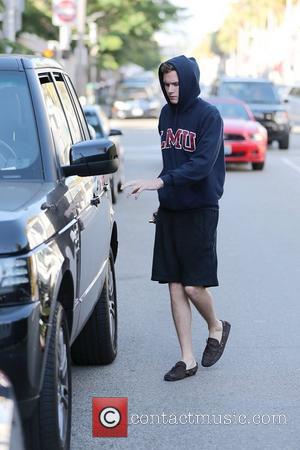