Barkhad Abdi might have wowed in 'Captain Phillips' but the recognition is yet to equal financial sucess for the actor.

Barkhad Abdi might have taken home a BAFTA for his role in ‘Captain Phillips’ and earned an Oscar nomination, but it seems the actor has found himself in dire financial straights since his big movie break. So how exactly has an Oscar nominee now found himself broke and where can his career take him next? Barkhad Abdi after his BAFTA win for 'Captain Phillips'

Barkhad Abdi was born in Somalia and spent the early part of his childhood being raised in Yemen. When he was 14 his family moved to the United States and settled in Minnesota, where the actor has since being living. Before landing the role in ‘Captain Phillips’ opposite Tom Hanks, Barkhad had worked as a limo driver, something which has been much played upon by the media as part of his ‘rags to riches’ story. While Barkhad was working as a limo driver in 2011 he heard of an open casting call happening in Minneapolis for Somalians to star opposite Tom Hanks in a new movie. Despite having no experience Barkhad went for the audition and got the role of Abduwali Muse, the leader of the pirates who would hijack ‘Captain Phillips’ ship. He was originally kept apart from Hanks until the pair had their first scene together to add to their performances. Speaking of the surreal experience of starring alongside Hanks Abdi said his thoughts on their first scene were ‘I can't believe I'm doing a scene with the Forrest Gump guy!”

More: Did Bradley Cooper have any idea who Badkhad Abdi was at the BAFTA's?

Abdi was paid just $65,000 for his performance, which isn't much more than the mandated Screen Actors Guild minimum of $60,000 for actors on a feature film. Though the movie’s budget was kept relatively small, $55 million, it did go on to gross $218 million worldwide. After production wrapped Barkhad returned to his normal life and took a job at his brother’s mobile phone shop in Minneapolis.

Once ‘Captain Phillips’ premiered it was clear that the actors life was going to change and he left his job at the mobile phone shop and headed for Hollywood. During the movie’s campaign trail he was put up at the Beverly Hilton hotel by Sony Pictures who also provided clothes and a car for his official publicity events. However he later elected to stay at a commuter hotel near the Los Angeles airport to be closer to his friend, a Somali cabdriver from Minneapolis, who drives him around for free. Right now he lives with one of his Minnesota friends who also played a pirate in the movie.

The recognition Barkhad received for his debut film role has not since brought him finicial stability. A BAFTA award and an Oscar and Screen Actor’s Guild nomination don’t cash cheques and the New Yorker has reported that the actor now faces finincial difficulties after his ‘Captain Phillips’ pay check dried up.

Currently Abdi is directing a filmed entitled, ‘Ciyaalka Xaafada’, about the lives and struggles of the first generation of Somali-Americans living in Minneapolis. Directing seems to be the actor's other passion, having previously worked on music videos. The only acting project that seems to be in the pipeline is a role in a film about South African runner Willi Mtolo, who completed the 1992 New York Marathon. He also revealed in January that he was reading television scripts. Whilst the story of Barkhad Abdi might shed a harsh light on Hollywood and the salaries of first time actors, there is still a lot of hope for the new actor. Awards season saw his profile being raised even higher and getting one of the major awards certainly will enhance his CV. 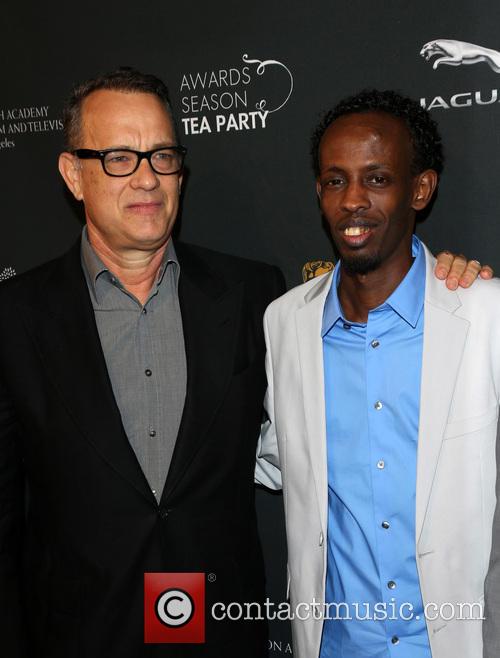 Whilst he hasn’t managed to turn BAFTA gold into any real money yet, there’s no doubt that the actor has the ability to forge a successful career in Hollywood. It may have been two years since his last decent pay check but hopefully Barkhad Adbi won’t stay on Hollywood’s breadline for too long, especially now the world has become more aware of his story.