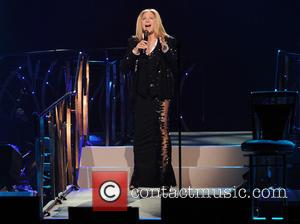 Barbra Streisand's actor husband James Brolin is developing a "modern-day Little House On The Prairie" for Tv, and he wants his son's estranged wife to lead the cast.

The Emmy Award winner reveals he may not actually appear on the family show, but he hopes to be behind the scenes on the project. He is also hoping his soon-to-be former daughter-in-law Diane Lane will take on a major role in the series.

He tells America's Closer magazine, "I wouldn't have a major role in it, but I'd go to Diane Lane and ask if she wanted to do a series. It's about a woman and her kids moving from New York to Montana and being fish out of water."

The original Little House on the Prairie, which starred Melissa Gilbert and Michael Landon, ran for nine seasons from 1974 to 1983.