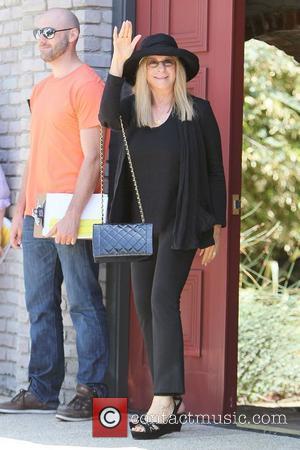 Barbra Streisand has officially become the most expensive touring artist of all time. The 70 year-old singer is about to embark on a rare tour and will be charging her fans up to $1,500 for a ticket. And if you've got the $1,500 for the ticket, the assumption is that you won't mind shelling out the $75 service fee on top of that, either. Huffington Post report that Streisand's newly-announced batch of concerts will be charging the extortionate prices, including two dates at Brooklyn's Barclays Centre on October 11 and 13, 2012.

One tour promoter explained why Streisand is so in demand: "Streisand isn't an artist that goes on the road all the time. In fact, seeing her perform live is a very, very rare thing. I can't think of another artist that could sell tickets at a price like this -- maybe if Elvis came back from the dead. What's the most amazing thing is she doesn't care. Her attitude is, 'If you want to hear me sing, pay up." It's not all an act of greed on Streisand's part though; proceeds from the highly-priced tour will go towards charities supported by the Barbra Streisand Foundation; it's not just a ploy to increase Barbra Streisand net worth. Still, it's a hell of a hike from her 1994 ticket prices, which went at around $100 for the top priced tickets.

Last night (September 18, 2012), Barbra Streisand joined Aretha Franklin and Liza Minnelli in a concert paying tribute to the late songwriter Marvin Hamlisch. Streisand performed a version of 'The Way We Were,' from the film of the same name.