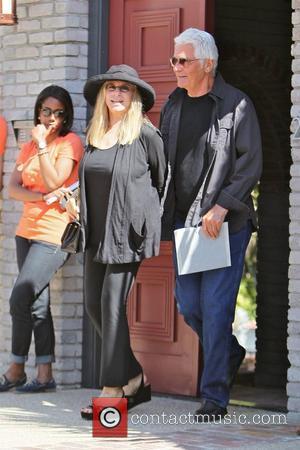 Superstar Barbra Streisand has been left "devastated" by the death of acclaimed composer Marvin Hamlisch after trying to contact her "dear friend" on the night of his passing.
The singer/actress befriended Hamlisch in the 1960s and they went on to work together on a number of projects, including the 1973 movie The Way We Were, which earned the musician two Academy Awards.
He collapsed after a brief illness and died on Monday (06Aug12), and Streisand has been left heartbroken by the loss.
In a statement posted on her website on Tuesday (07Aug12), she writes, "I'm devastated. He was my dear friend. He's been in my life ever since the first day I met him in 1963, when he was my rehearsal pianist for Funny Girl. He played at my wedding in 1998... and recently for me at a benefit for women's heart disease.
"The world will remember Marvin for his brilliant musical accomplishments, from A Chorus Line to The Way We Were, and so many others, but when I think of him now, it was his brilliantly quick mind, his generosity, and delicious sense of humor that made him a delight to be around."
Streisand reveals she was all the more shocked to learn of Hamlisch's death because she had been thinking about him on Monday.
She continues, "Just last night, I was trying to reach him, to tell him how much I loved him, and that I wanted to use an old song of his, that I had just heard for the first time. He was a true musical genius, but above all that, he was a beautiful human being. I will truly miss him."